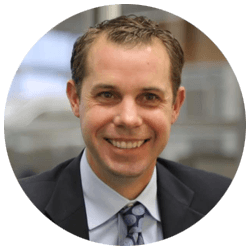 Emerging technology has changed the way businesses interact with customers in a variety of ways, from online to in-person. Central Valley Nissan in Modesto, California, was eager to introduce technology to the service drive in order to boost business. In doing so, they also found that Xtime’s solutions created a more modern, efficient and professional experience for both customers and dealership personnel.

After seeing another dealership use tablets in the service drive, John began to take a harder look at Central Valley Nissan’s own operations. With the idea of transparency as a tremendous trust-builder in business, John put himself in the customers’ shoes as he began to observe customer interactions at various points around the dealership. What he saw made him appreciate the merit of using technology to take care of the customers at every touchpoint, as well as creating an open dialogue.

"The way that we did business before Xtime was very impersonal and kind of transactional, Xtime helped us with a real, consistent process to get us into the digital age of dealing with customers."

Accurate information is the cornerstone of a business’s good reputation, and studies show that tablet usage in the dealership service drive immediately establishes trust between customers and service advisors. Before Engage, Central Valley Nissan advisors had to expend substantial efforts to ensure customers had all of the information they needed in order to make educated decisions on their vehicles. According to John, being able to take care of customer needs from a driver safety and vehicle longevity standpoint—as opposed to purely a sales perspective—was key to building lasting relationships.

“What we didn’t want was a customer saying, ‘Do I have a recall on my vehicle?’ and then us checking and saying, ‘Oh, yeah. It’s right here. We forgot.’ We would look really unprofessional if we did that,” said John. “If we bring that information out later, it looks like we’re just trying to sell them something they don’t need. [Engage] allows us to have a more informational process instead of us just selling stuff.”

“Xtime gives customers a lot of information before they even come in for service,” said John. “So [the products] are educating them on their needs also. And then we get customers on the drive with the advisors are they’re looking at the tablet, saying, ‘Oh, that’s my vehicle?’ They could see their name and appointment right there, so they know we’re professionally expecting them. And you can see the trust level there and their happiness with us being in the digital age.”

Your service software can be a useful tool when it comes to vehicle sales opportunities. Listen to Tiffani Stefanescu, Senior Performance Manager…
Read More 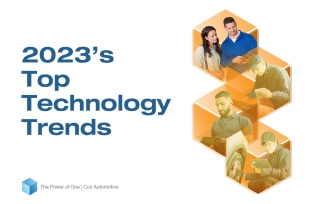 Stay ahead of the curve with the industry insights, best-practice guides, and news you need. 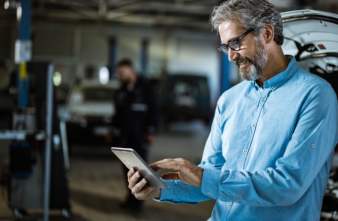